Anyone considering mediation as an alternative to the Party Wall Act (PWA) should read this carefully before jumping ship and moving away from the protection that parliament provides.

Mr David Pett a conveyancing solicitor wrote an article on the conveyancing exchange portal.  He suggests that mediation is a more effective and alternative way of dealing with party wall matters.  Mr Pett relies upon the Mohamed & Lahrie v Antino & Stevens (2017) case in support of his contention.

However, it is notable that he does not know the outcome of the mediation agreement between the Mohammeds and the Takhers.

The decision in Mohamed & Lahrie v Antino & Stevens (2017) is being misinterpreted by various parties.

The facts of the case are straightforward. The Mohammeds having breached the party wall act and other various inappropriate behaviour of which Mr Alistair Redler was a participant wanted to walk away from the PWA. The Takhers agreed although have now incurred cost which they thought they could avoid through mediation.

The Mohammeds were represented by Mathew Hearsum and Nick Isaac who came up with this option. To avoid having to appeal a very solid ex-parte Award dealing with Mr Antino (adjoining owners surveyor) and Mr Leslie Calder (adjoining owners checking engineer) fees. This was served upon Mr Osborn (building owners surveyor) who refused to engage with his statutory duties under s.10(13) and agree fees with Mr Antino.  Following service of a request under s.10(6) Mr Antino proceeded ex-parte.

Mr Antino determined that his fees together with the checking engineers’ fees were £17,570.94 inclusive of VAT.

At paragraph 13 of the Award Mr Antino offered a 30% reduction reducing the amount to £12,299.66 inclusive of VAT if the fees were paid within 16 days.

The Mohamed’s did not accept this offer. Instead, acting on legal advice from Mr Hearsum and Mr Isaac they sought to appeal both Awards.

Then changed their minds shortly after Alistair Redler’s conduct was questioned, they suggested mediation and at the mediation persuaded the Takhar family (adjoining owners) to agree to the appointment of an independent assessor to consider inter alia the combined fees payable to Mr Antino, Mr Calder and Mr Stevens in relation to a Third Surveyors Award.

The independent determination was as follows.

In addition to those costs, the independent assessor determined that the Mohamed’s should pay Mr Raymond Stevens £9,460.50.

In addition to the mediation costs, this “Agreed Surveyor” charged £8,280 which was split between the Mohamed’s and the Takhar’s.

​I do not understand the logic adopted by the Mohamed’s.

However, given Master James recent criticism of Mr Hearsum attempting to claim double fees that the Mohammed’s should have their legal costs independently assessed. 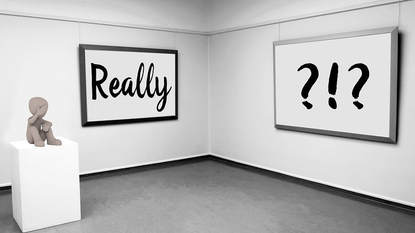 If anyone still believes that opting out of the Party Wall Act and using mediation is a sensible way forward, then they need to take a long hard look at the associated costs and risks associated with doing so. Whilst it might favour the legal professionals it will not suit the owners.

The Party Wall Act works, when there are surveyors acting independently and not being guided by their appointing owners or their legal advisers.