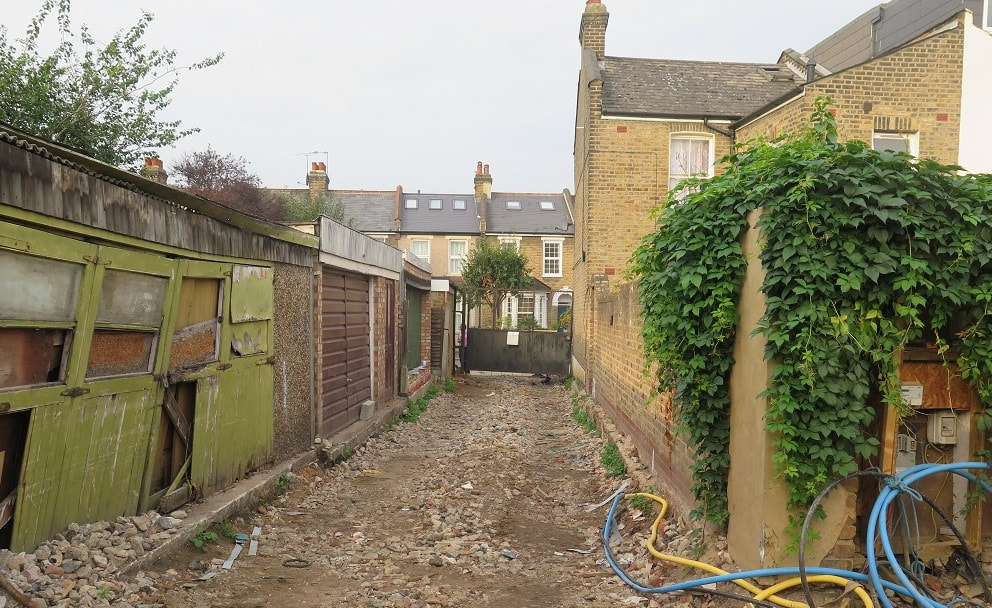 Following the mediation the boundary dispute and breach of party wall matters went to court. Party Wall Surveyor, Philip Antino was instructed on behalf of the defendant Nadine Rostant-Gay. The party’s experts met at the property.

Philip Antino identified unlawful excavations in breach of s.6(1) by the claimant and a clear trespass and damage to the defendant’s garage.

Philip produced a plan recording the position of the boundary between the rear garden and the claimant’s access road. The plan showed that the defendants had not taken any of the claimant’s land. The claimant’s party wall expert accepted the plan.

The claimant was developing their land and required a greater amount of access which involved taking some of the defendant’s land. Rather than just making an offer to purchase the defendants land, they sought to allege (wrongly) that the defendants had taken their land.

The claimant having embarked on a disastrous piece of litigation, commenced a snow ball effect of increased costs.

Had the claimants been more open and transparent, the reality is that they could have avoided the £39,000 legal costs and purchased the strip of land for £15,000 or possibly less.